I have to say, being in television for more than 20 years, I have seen my share of segment guests and the folks who represent them.  I have to tell you, when I know that Susan Kricun is involved, I can count on it being a great bit.  I have known Susan for years.  Our relationship started out a little icy! I say that literally! I met Susan when she was working with the Phoenix Coyotes hockey team and their Charities.  It’s been a warm relationship ever since.  Susan has aligned herself with some great people.  I should really say that these great people have realized the value that Kricun Media can bring to them.  Whether it’s a new business, a charity, an existing powerhouse in the Valley, Susan has managed to take them to the next level.  There’s a lot of bad television out there…just never when Susan is involved! 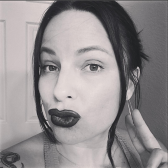 View all posts by admin »