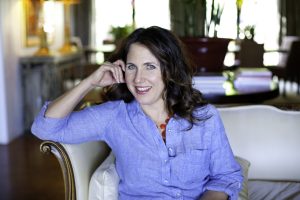 Spreading the good word or creating a spectacular event on behalf of a client is not simply a job. It is truly a passion, one developed over nearly 20 years of driving awareness and success for some of the Valley’s biggest brands and organizing some of the community’s most prominent events. But experience is only half of the equation when delivery of rental equipment is late or a story that is very cool but the first three reporters it’s pitched to just can’t recognize its inherent coolness. Knowing ‘what’ to do matters, but fully understanding and advocating the ‘why’ it needs doing is the key to Susan’s well-earned reputation as one of the top PR and event professionals in the Valley.

In more than a decade as leader of Kricun Media, Susan has created and implemented marketing communications plans, driven promotions and publicity, served as spokesperson, and planned special events for an impressive roster of clients. From small boutiques to the Arizona Biltmore… from independent film premieres to the ground-breaking of Phoenix’s multibillion-dollar Light Rail system… from Vincent’s on Camelback to Rawhide… Kricun Media’s success has relied on Susan’s dedication to excellence no matter the size of the client or the size of the challenge.

Back to Susan’s understanding of the importance of the ‘why’ (and the ‘who’). It all began during her first career assignment in 1995 working on the PR team at SRO Communications, the in-house PR and marketing agency for the Phoenix Suns, America West Arena, Arizona Diamondbacks, Arizona Rattlers and Phoenix Mercury, as well as several outside clients. During her time at SRO, Susan served as the spokesperson for the Arena, promoting and publicizing more than 100 concerts and family shows, while also planning and implementing PR and special events for the Suns, Suns Charities, the Team Shop and the Phoenix Coyotes. She also helped produce the grand opening of Bank One Ballpark, including the launch of Friday’s Front Row Sports Grill.

After gaining this wealth of experience, Susan opened up her first shop – Ink Communications – in 1998, quickly gaining a variety of clients anxious to capitalize on her zeal for promotion and events. Nextel Communications, Sprint PCS, Avon, the Greater Phoenix Chamber of Commerce and the Phoenix Coyotes, just to name a few, relied on Susan to implement strategic communications plans. In fact, the Coyotes became Susan’s top client and, eventually, her employer.

At the tender age of 31, Susan was named the Coyotes’ Vice President of Communications and she led the team’s off-ice PR efforts, as well the groundbreaking celebration for Jobing.com Arena. As the first Executive Director of Coyotes Charities, Susan rebranded the team’s charitable foundation and all of its fundraising events – raising $1 million and establishing Coyotes Charities as an important player among team foundations in the Valley.

But Susan realized that her love of variety and creative drive were more suited to running her own shop and she left the Coyotes in 2002 to open Kricun Media.

Sharing her passion for her craft is also important to Susan, who serves as a faculty associate at her alma mater – the Walter Cronkite School of Journalism and Mass Communication at Arizona State University. Students in her JRN401 Writing for PR class can easily recognize this enthusiasm and many are now employing their own passions in the PR field.

A native of Washington, D.C., Susan currently resides in Phoenix and enjoys yoga, photography, gardening, cooking, traveling, and relaxing with friends and family.